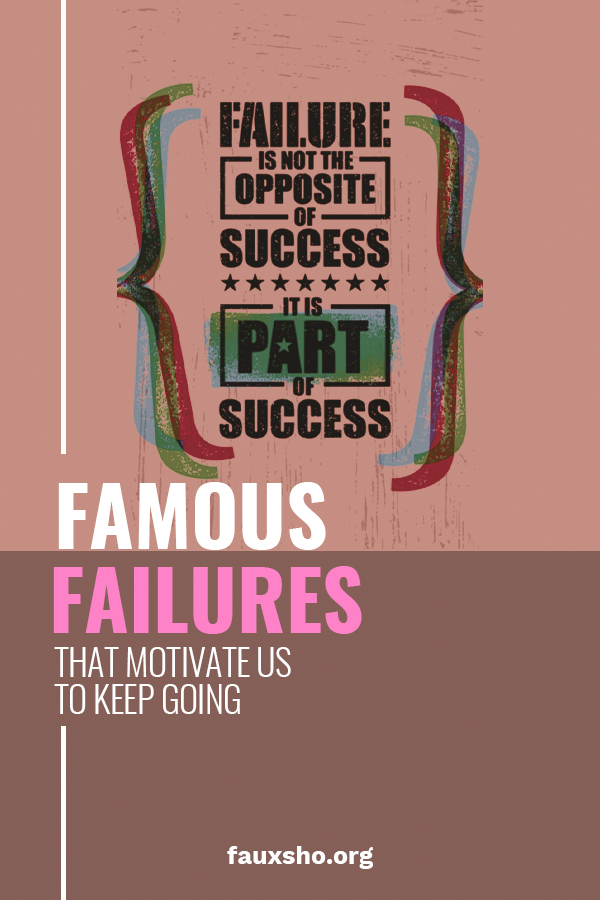 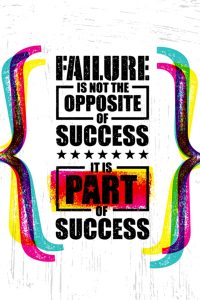 Do you ever feel like a failure? Take heart, because a lot of really incredible people have true stories of their own famous failures. Sometimes when everything in life seems to be going wrong, it’s easy to feel like a failure. But instead of telling yourself you’re a failure, remember that failure is actually just a bump on the road to success. The only real way to fail is to stop trying. Read on for some inspiring stories of famous failures that motivate us to keep going. 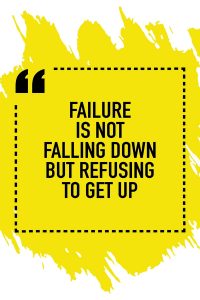 Perhaps one of the most well-known famous failures is the story of JK Rowling, best-selling author of the Harry Potter series. Before Rowling became the crazy successful author she is today, she was a poverty-stricken, divorced mother with no job. These failures occurred within a short time after her college graduation. Thankfully for millions of children who previously hated reading, JK Rowling decided to chase her dream of becoming an author. And she didn’t give up!

What do you think of when you hear the name Albert Einstein? Genius? So do millions of people today. But that didn’t stop Einstein from some famous failures. As a child, he could not even speak fluently until after he had turned nine years of age! He was also a rebellious kid, and as a result was kicked out of school. He was later turned away from the Polytechnic School in Zürich. Ultimately, Einstein kept going and achieved success status through his theory of relativity. He won the Nobel Peace Prize in 1921! 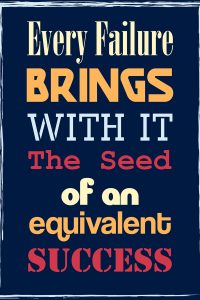 One of the most beloved presidents of the United States failed in his first run for president in 1856. Before that, he lost a business in 1831 and then suffered a nervous breakdown four years later. President Lincoln taught us all not to be content with our failures, but to keep trying regardless of the risk. Nowhere did he demonstrate this determined attitude better than during the Civil War.

Walt Disney is responsible for untold millions of happy childhood memories! But are you aware of the failures he experienced on his way to becoming the Walt Disney we think of today? As a young boy, he wanted to join the Army so he dropped out of school. However, the Army denied him entrance. Later, an attempt at his own business went bankrupt. He was also fired from a newspaper because he was “not creative.” What would have happened if he had listened to that mistaken judgement?

Incidentally, are you taking your kids to Disneyland? Check out these DIY Mickey Mouse Ear Hand Bands you can make first. Walt Disney himself would appreciate your creativity!

What do we learn from these famous failures?

Clearly, “failure” isn’t the end of the road, unless we stop walking. Everyone experiences failure to some degree, but what really determines the failure is our response to it. Follow the patterns set by these famous failures and many others–just keep going in spite of the odds. You can do it!